Thanks to your essential support, the team is now complete! From this moment we just need to wait and try to convince the Mammut’s panel of experts until the selection will be over. The tours will be selected one after the other up until September 2011. There is therefore no set deadline. As soon as the jury decides in favour of a tour, the status of the team changes to “Selected”.
Thank you all for the support and now…finger crossed for the final PHASE 3! You can take a look at our team page by clicking HERE: you will find a detailed tour description and the profiles of the team members.

Not for publicity, but just for real passion and interest (after all I am an Aerospace Engineer) I publish the whole text found HERE about the state of the art in ultra-light Athletics track spikes. Here we particularly talk about ceramic technology: a solution that can reduce the weight of the old steel spikes with a high corrosion resistance of the material at the same time. And they are cheap, too! Just try and see! 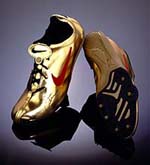 “The Zuitas™” passed the first selection!
The first selection has come to an end, the teamleaders are decided and the teams are going to be built! We passed to the phase 2 creating a team called “The Zuitas™”, whose logo is the charming owl representing Mount Civetta, the target of our trip.

Our virtual mountain has been selected between more than 2000 other projects and we are now in the first 300 supported teams (3rd most supported team in Italy!). Here comes the description of the trip we proposed to the jury, hoping to enter the final stage and becoming part of the 150 teams that will take part in the biggest peak project history!
LINK TO THE OFFICIAL TEAM PAGE
Between 4th and 5th August, 1931, Emilio Comici and Giulio Benedetti opened this extremely beautiful and intelligent line to Cima Civetta. For the 80th anniversary of the climb, our team is going to celebrate the event with a double ascent: an expert team of three people (one or two of them are Alpin Guides) will climb the route on the NW face of Monte Civetta, while a second team of mountain enthusiasts with at least 5 years of alpinism experience will climb the mountain through the via ferrata “Degli Alleghesi”, the normal route for the top (a pretty difficult ferrata with a great line around the mount, 9 hours for 1100 m of drop: http://www.vieferrate.it/ferrataalleghesi.htm ). The meeting on the top will greatly celebrate the anniversary, hopefully in the days planned (weather forecasts will make the final decision).
The name of the team recalls the most famous quote from Emilio Comici: “Perché Zuita? Perché la incanta!” (tr.: “Why Civetta? Because she charms!”, where “Civetta”, the name of the mount, means “Owl”).
The Scandinavians keep to rock!
Sports Tracker is now available in its Widget version: you can now post to your blog your training diary and embed the single workouts to let your friends know what you did. 1000 points to those people that are making sports, if possible, a bit funnier and more motivating! Keep on training guys!